A press office of pencil-necked vermin

Hey, chin up. Just because you’ve lost your job through no fault of your own, there’s no need to be all down-hearted or to sink into the hand-to-mouth destitution of cheap groceries, court orders and rickets. Not just yet, anyway. It isn’t all rejection and despondency, you know, because there’s someone who always wants to see you, no matter how much you turn them away or pretend you don’t care.

Jobcentrehassleplus loves you a lot, but knows you’re not ready to make a big commitment. We only want to see you once a fortnight – we can do lunch or dinner or, better still, how about a long and demeaning interview where we strip you of your dignity, kick you out of your wheelchair or surreptitiously induce you to work for free as Dolt-in-Residence at your local Tesco?

With Jobcentrehassleplus, your P45 opens a world of opportunity. Just look at the great services on offer in your nearest branch.

The leader of the Libnick Cleggocrats, Rocky Black, has promised that if the Lib-Dems win the next General Election, no one will be imprisoned for possession of drugs again. The move comes as it becomes apparent that not even a robust mass-hallucination strong enough to send the electorate gibbering into the woods for a month can help the Lib Dems win an election.

“That’s some pretty bad shit, right there”, said Black, as smoke escaped from the gaps around his eyeballs, “but just because I’m, like, obviously off my tits, doesn’t mean to say that we errr, ah, what was I saying?”

Political analysts, meanwhile, point to the possibility that even the strongest mind-altering drugs cannot bugger the brain enough to make anyone vote Liberal Democrat ever again and only hallucinations of Castaneda proportions can imagine a prospect marginally less likely than the spontaneous metamorphosis of Kenneth Clarke into a moth.

Above: The Right Hon Kenneth Clarke, MP, as a moth.

Mixed-up mixed media promoters Secret Cinema have now officially cancelled the screenings of Back to the Future until a time firmly before the advent of Twitter, the iPhone, hipsters and telecommunications in general.

Speaking from under his top hat, impresario and ringmaster for the organisation, Colonel Buckminster Isambard T Cottle urged ticket-holders to leave their electronic devices at home to create “an immersive experience of utter shambolic confusion”.

It is thought that the new strategy will help ticket-holders meet themselves coming back, creating an event paradox by warning themselves not to go in the first place.
Comments

If ‘yes’ is the answer to any of these questions then we need you in the Selfservative Party. The Selfservatives are a like-minded group, a loose coalition, a fragrant collective of silver-tongued, soft-skinned kitty fiddlers.

Join us today; here at the Selfservatives, we are driven* by the need to help each other because, by doing so, it helps us help ourselves. Feel the camaraderie of a political party with real convictions (for fraud, gross indecency, perverting the course of justice and false accounting).

Join the Selfservatives today. Get in the trough because we’re all in it together.

*Although it was really our wife who was driving at the time.

Look what Europe wants us to decimalise now...

Decimal music is one of the unsung benefits of metrification, and is a great showcase for the simpler life of our European “neighbours”.

We’re confident that, once you hear Grieg’s Base 10 Piano Concerto in H 0.75, you’ll be so impressed with the metric lifestyle you’ll never want to buy vegetables by the pound again.

An earlier version of the metric piano – one where all the black notes had been removed – was de-authorised following the same review of discriminatory EU Directives that reversed a ban on same-sex potato relationships, but an all-white keyboard was used extensively on the early albums of Richard Clayderman.

Eurotinklers-10-Forté make a range of Decimal Pianos, which can easily be identified by the words “METRIC PACK” stamped above middle C.
Comments

How to secure money

How to pay your taxes

The following advice on tax payments is issued to commoners, the plebeian masses, the hoi polloi hardworking families. Certain Corporation Tax payers may consult the Indolent Revenue’s new luxury website for complimentary drinks, easy terms and the possibility of negotiating your tax affairs with someone you would like to offer a senior management position to.

Our colleagues at MI5 have asked us to pass on some advice to businesses during COPSA - the current Code Orange Panther Security Alert. In keeping with the aims of joined-up Government, we have typed up Memo 18654(a) which we received earlier today from MI5 at the foot of the Chief of Staff's domestic shopping list. For your convenience, we have deleted the words Eggs and Yoghurt from the current draft, until such time as they become important to National Security
Comments

While DoSS, GCHQ and the NSA have only just announced their product development cycle for our groundbreaking new software - which has dutifully being collecting and ‘backing-up’ all those bits of sensitive information about you unbidden for the last five years, just in case - it’s nevertheless a good idea to keep your identity secure from everyone else, apart from us.

It’s good to be vigilant, even suspicious of everything untoward, except for that strange-looking van parked across the road (the one that has blacked out back windows and bears the name of a hitherto unknown utilities company), you don’t need to worry about that at all.

With this in mind, we present you the latest leaflet in our DoSS Guide to Security: a guide to identity theft. Click the image for a larger version.

A Britishperson’s home is his/her castle/castlette: so goes the popular saying, but how true is it? And why isn’t it? To help you answer these questions, the Department have published a leaflet on Home Security, so that you can feel utterly safe in your home, even if predatory stranglers are on your roof, a meth dealer puts a deposit on the semi-detached next door and you become preoccupied with a new methamphetamine clause in your Party Wall Agreement. Police attempts to deal with it are stymied by a concerted attempt to crack down on hopscotch courts in your neighbourhood. Click to enlarge.

A Timely Reminder of Peril

The Department of Social Scrutiny, through its regulator the Office of Peril Announcements and National Tireless Indefatigability in Extreme Situations (OFFPANTIES), has released the following advisory information in the event of ‘something kicking off’. Click image to see full size.

Our colleagues at the Home Office have issued new guidance to Britons wishing to leave the country – in the shape of our brand new DoSS travel agency, Go Away, your de-immigration resource of last resort! The new brochure is coming soon, but here’s a sneak peek at the cover.

Keep an eye on your text messages over the next few weeks and watch out for the winning SMS, which will contain a strongly-worded invitation to Go Away. Simply reply within 24 hours or await the arrival of the Home Office limousine to whisk you away to a waiting jet where you will experience a lot of potentially concentrated personal attention from our uniformed stewards.

Go Away: Your Holiday Company of Last Resort. ®
Comments

Here is the Shipping Forecast

A note about the weather

British weather runs the gamut from mildly interesting to interestingly mild, but where does it all come from and why the south west?

These were the pressing questions that were to be answered by a parliamentary select committee formed for the purpose. In their interim report, MPs concluded that most British weather does indeed come from the southwest and is carried here by wind from the southwest.

MPs immediately saw the importance of wind and proposed a tougher regulatory framework for it. They felt that an over-reliance on weather from the southwest was anti-competitive and weather from other suppliers, such as the northeast, should be an integral part of the weather in the future.

Members urged year-on-year improvements to the weather to make it more interesting and approved MONA - the Met Office’s New Age weather maps, surveyed using homeopathic theodolites and state-of-the-art witchcraft (above). They applauded the recent introduction of the hurricane to the climate, but felt there was no room for complacency and looked forward to more radical weather in the future. Members voted unanimously for less drizzle, though they did recognise it is an integral part of the identity of Manchester. 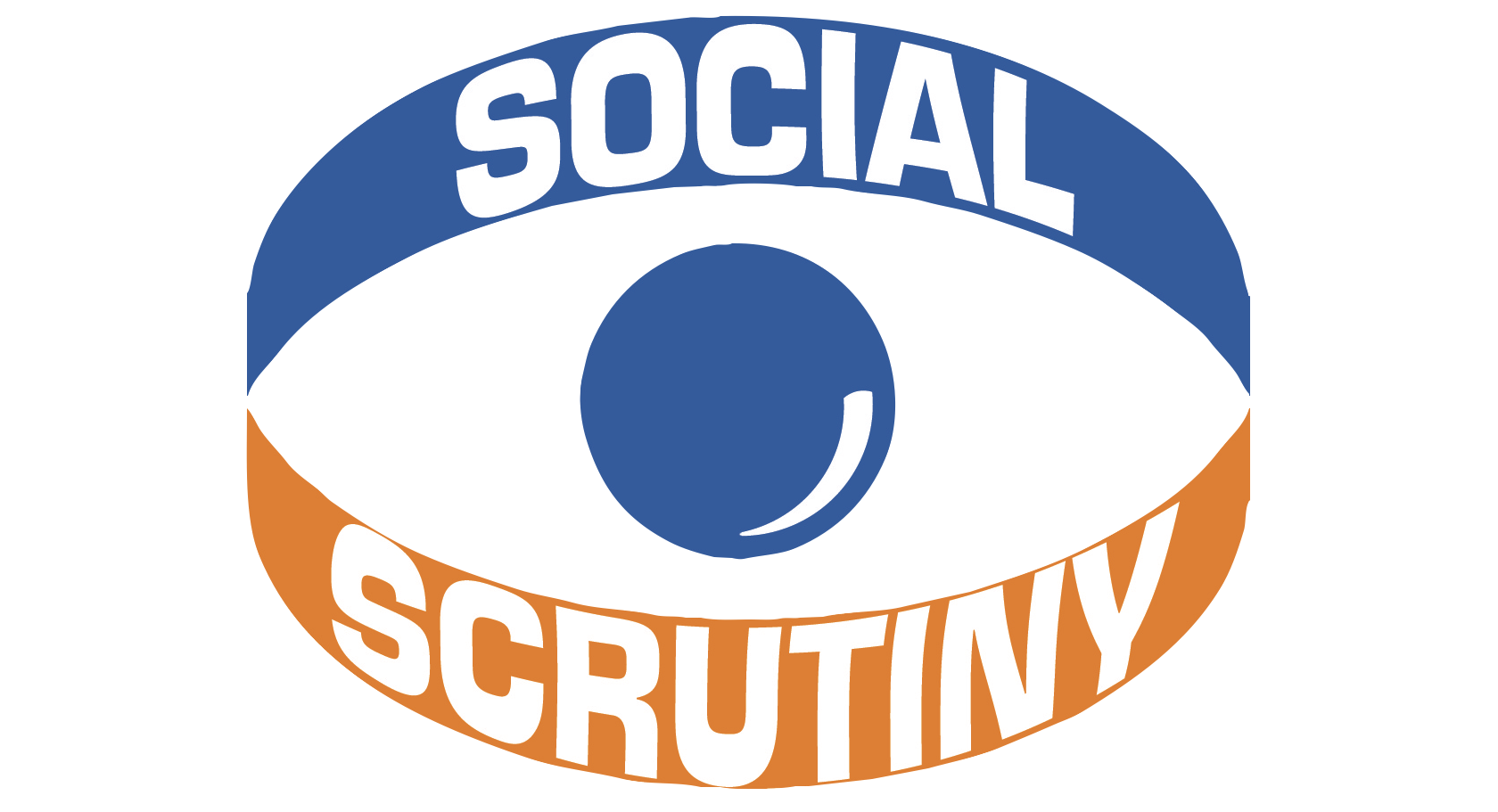